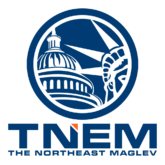 The Northeast Maglev (TNEM) is our sister company, promoting the SCMAGLEV system for the greater Northeast Corridor.

The Central Japan Railway Company (JR Central) operates rail services in the most populous region of Japan, including the world-famous Tokaido Shinkansen between Tokyo and Osaka. The Tokaido Shinkansen is the world’s busiest high-speed rail line which despite serving over 140 million passengers a year for over fifty years has an average delay of less than one minute. JR Central leads the development of the SCMAGLEV system and is currently constructing the first revenue service SCMAGLEV line in Japan between Tokyo and Nagoya.